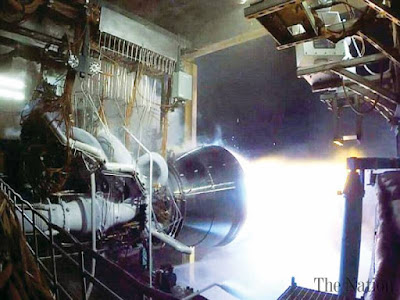 Bezos Says BE-7 Will Land 1st Woman on the Moon

Amazon founder and CEO Jeff Bezos has announced that his space company Blue Origin has completed its fourth successful test of its lunar lander rocket engine, the BE-7.  He added the BE-7 will land the first women astronaut on the Moon.  This comment is interesting because Bezos is not taken to making predictions.  Unlike SpaceX CEO Elon Musk, he is very conservative and quiet about what he wants to target, until he achieves it.

For Blue Origin, SpaceX and Dynetics, the stakes couldn't be higher.  They are competing to be NASA's partner in the Artemis mission which will take astronauts to the Moon in 2024.  It will be the first time US astronauts will land on the Moon since the 1972 Apollo Mission. NASA has awarded a total of $1 billion among the three companies to develop initial lunar lander designs.  From those designs, NASA will select the winner, which will have a chance to make history.

In an Instagram post, Bezos forecast that his BE-7 lunar lander rocket engine will take the first woman to the surface of the Moon. The BE-7 engine will power the lunar lander caller Blue Moon. Bezos says the BE-7 is a "high performance, additively manufactured liquid hydrogen/liquid oxygen lunar lander engine".

Surface of the Moon

Interestingly, according to Blue Origin, liquid hydrogen and oxygen exist on the lunar surface, in the form of lunar ice which is suggestive that the lunar surface might have potential as a fuel source for Blue Origin.  While Blue Origin competes for the lunar lander project, it is also working on rocket systems, including the New Shepherd.  It's a reusable rocket capable of taking six tourists to space.  This is high flying, American innovation taking off into space, led by one of America's most successful entrepreneurial CEO's Jeff Bezos, who founded Amazon out of a garage with his Mom.