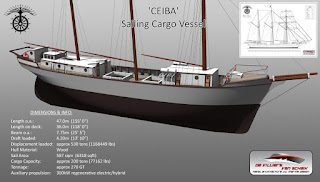 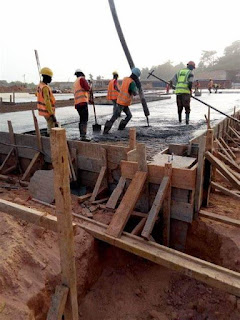 On the Pacific coast of Costa Rica, an international team of 200 workers from 27 nations are building a hybrid sailboat.  It's an international project designed to demonstrate that it is possible to transport cargo without polluting the environment.  The 148 foot vessel will rely mostly on wind-power but it will also have two electric engines for moving around ports and for power in low wind conditions.  The hybrid vessel is capable of transporting 350 tons of cargo.

The company Sailcargo Inc. was founded and is led by CEO and professional ship captain Danielle Dogget of Canada.  She aims to make the hybrid sailboat called Ceiba "environmentally and socially sustainable" and financially profitable.  Dogget says Ceiba is the first of its kind vessel in the world.

Ceiba is named after a sacred tree of the Central American native people.  Dogget expects to have a finished prototype in 2021 and the boat fully operational in 2022.  It will travel routes between Canada, Equador and Hawaii.  Everything about the sailboat is environmentally correct.  It will provide zero emissions transport under the Costa Rican flag.  It is being built from wood obtained from secondary forests and with fallen trees.  Sailcargo hopes to recover the $4.2 million private investment funding the project within six years.  This is one of the many ways that innovators are trying to make a difference against Climate Change and promote zero emissions transportation..