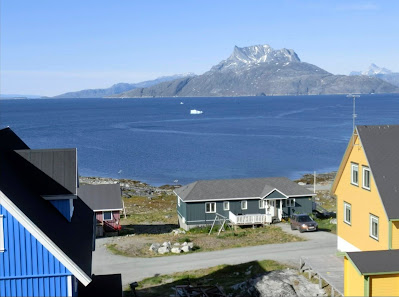 Not So Subtle Signs from Nature

A new research study by scientists at the University of Liege Belgium demonstrates that the effects of Climate Change on the ice melt in Greenland and the Arctic are far worse than previously predicted.  The scientific team used revised climate models that they say are far more accurate.  They found that the Greenland ice melt by 2100 will be 60% more than expected.  Greenland's ice sheet is the second largest in the world.  Rising water levels from the melt will have very serious consequences.

Should the Greenland ice sheet completely melt, the scientists say that would cause sea levels to rise 23 feet.  The study says the Netherlands would be completely under water, Denmark would be a lot smaller and some cities in the Atlantic coastal regions of the US could be submerged.  The scientists add there are many signs from nature that Climate Change is accelerating.  They point to the massive wildfires in California and Australia and the severe weather the world has been experiencing.  Examples include the historic flooding in Asia, draught in Africa, powerful storms in the US. These are not so subtle messages from nature, and advanced science from climatologists that it is time to do something significant about Climate Change.