New Tech Making Electric Cars A Lot Easier to Use 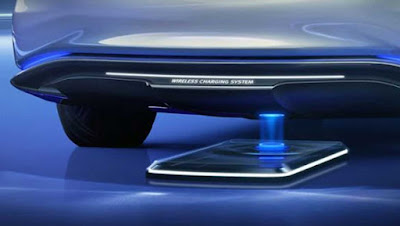 Operating an electric car is about to get a lot easier.  New technology has been developed that allows a driver to charge their EV without plugging into an outlet.  The baseline technology has been developed by WiTricity, an MIT spin-off company that designs wireless charging for vehicles and appliances.  Automakers and suppliers have signed on to developing it as a universal standard.  Luxury vehicles like the BMW53oe hybrid are ready to use the system with moderately priced EVs expected to follow suit.

The wireless power transfer (WPT) system is composed of a pad and a receiver.  The system delivers DC current from a pad mounted on the floor to a receiver on the vehicle.  Charging efficiency is 94%.  The SAE International engineers' association has brought in a large,  number of automakers and suppliers to help develop a universal system.  The pads can be used at home or at a charging station.  The goal is to make the pads made by any supplier work for any EV, at any charging station.

Experts believe this technology could be a gamechanger for electric vehicle use.  They also say it should be in use soon.  Here's the sell:  According to JD Power, more than 2/3 of consumers in Germany, planning to buy a car, would be more willing to purchase an EV if they could charge it wirelessly.  Wireless charging is expected to have universal appeal.