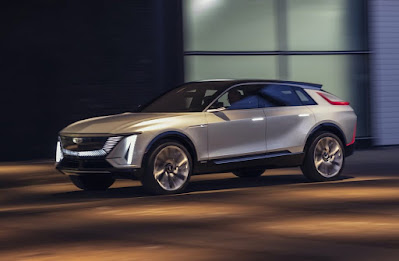 GM is going full throttle on electric vehicles.  Challenging Tesla's EV leadership, GM just announced it is accelerating planned spending on future EV's to more than $27 billion.  That is 35% more than planned.  And to accommodate the increased production of EV's, it will simultaneously increase its battery production. The announcement was made by GM CEO Mary Barra.

Last week, Volkswagen announced that it is investing $86 billion in electric vehicle development and production.  Tesla continues to leave the competition behind as it dominates global EV sales.  For GM, CEO Barra plans to offer EV's across the entire product line from vehicles costing less than $30,000 to those costing more than $100,000.

By 2025, GM wants to sell 1 million EV's a year in the US and China.  Also by 2025, GM will offer 30 electric vehicle models globally, not the 20 models as previously announced.  Finally, CEO Barra also disclosed that its Ultium batteries can now deliver 450 miles on a single charge.