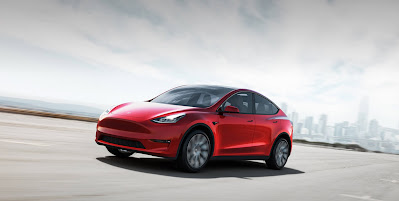 During a European online conference on batteries sponsored by the German government, Tesla CEO Elon Musk said he intends to expand Tesla operations in Europe.  He intends to do so by introducing a compact electric car model that he feels will be more appropriate and in tune with the European market.  The compact electric car will be another new model that Musk will be introducing including his much anticipated Cybertruck which will be rolled out within the next year or two.

Musk told the online conference that the car he has in mind for Europe is a hatchback.  He noted that US cars tend to be bigger, while in Europe they tend to be smaller.  He said while driving a Tesla Model Y SUV around Berlin, he had a lot of difficulty finding a parking space that was long enough for the car.

All of Tesla's vehicles are longer than the VW Golf, which is considered the European standard to refer to on compact sedans. Ever the strategic opportunist, Musk intends to introduce a compact electric car perfectly tailored to the driving preferences of Europeans.