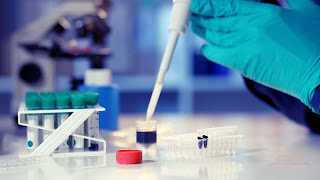 The European Investment Bank (EIB) is providing Spain-based biopharmaceutical company Sanifit 20 million euros, on top of the $130 million the company has already raised, to bring to market new, innovative treatments for vascular calcification. This is an area of unmet medical need where there are no treatments.  Sanifit is in Phase 3 trials with what appears to be an effective remedy against this deadly disease.

Sanifit's treatments are targeted against two disease indicators of progressive vascular calcification.  The company has developed SNF472, a potent inhibitor of hydroxyapatite (HAP) crystallization which is the final step to vascular calcification.  The treatment is moving through Phase 3 trials for calciphylaxis, a devastating disease which blocks small blood vessels and results in the death of 55% of patients within a year of diagnosis.  In 2021, the treatment will be used in Phase 3 clinical trials on patients with peripheral arterial disease which frequently leads to death in kidney patients.

Sanifit is a spin-out company from the University of the Balearic Islands. The Spanish biopharma is innovating potentially life-saving therapies for vascular calcification disease, which is currently incurable.