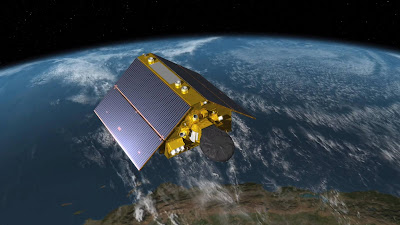 A new NASA and European Space Agency (ESA) satellite to precisely measure rising sea levels from climate change was launched into orbit this weekend onboard a SpaceX Falcon 9 rocket, from California.  The satellite will be able to precisely measures sea levels on 90% of the world's oceans.  This is the latest in a series of ocean monitoring satellites.  But the technologies on this satellite are so precise they will be able to provide sea level measurements within a few centimeters.

According to NASA, the new satellite will also help improve the accuracy of weather forecasts as it will provide new, in-depth data on humidity levels and atmospheric pressure.  The satellite is named the Sentinel-6 Michael Freilich after NASA former director Michael Freilich who is considered a pioneer in the effort to perform oceanography from satellites in orbit in space.  A twin satellite named the Sentinel-6B will be launched in 2025.