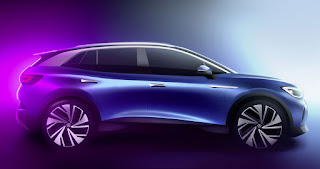 Volkswagen is taking on Tesla directly in China with the launch of two VW ID.4 electric SUV's.  China is the world's largest auto market and VW's two new, electric SUV's are being produced in conjunction with top China EV partners.

This is part of a major push by VW to take on Tesla and Chinese EV automaker Nio, Inc. for a big piece of the China electric vehicle market.  The starting price of the VW EV SUV's appears to be $37,450, which is quite competitive.  The vehicles offer a single charge range of 250 miles and provide over-the-air internet software updates.  By 2023, VW says it will rollout 8 ID EV models for consumers in China.