Loon Subsidiary Being Shut Down 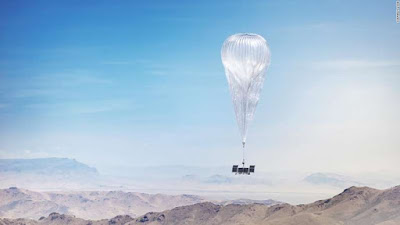 Google's parent company Alphabet has decided to shut down its internet balloon services company after concluding that the business of using high altitude, large balloons to deliver the internet is not commercially viable.  In a way, the decision is a surprising one because the technology works.  Alphabet founded Loon in 2011.  And it has successfully delivered internet services to disaster areas and to Kenya.  But the company says it could not find a way to get the costs low enough to "build a sustainable, long term business".

The goal and purpose of Loon was to bring connectivity by high flying balloons the size of tennis courts to global, underserved areas that are too remote or difficult to connect with broadband.  That proved to be too expensive. Loon certainly made every effort to make it work. It conducted years of  testing with balloons as floating base stations positioned 12 miles above the Earth.  They set new flight duration records and have proved that the technology can deliver. The balloons cover 200 times more territory than a cell station on the ground.

In competition with satellite internet operations like Starlink, the balloons have a distinctive environmental advantage. They do not put tens of thousands of small satellites into low Earth orbit to deliver inexpensive internet but also clutter space.  The balloons operate at the stratospheric level. For Alphabet, this must have been a very difficult decision. They put ten years of research and development into Loon. Hopefully, another entrepreneurial enterprise will be able to build on the Loon concept and its tremendous achievements.