Intelligent Life on the Milky Way 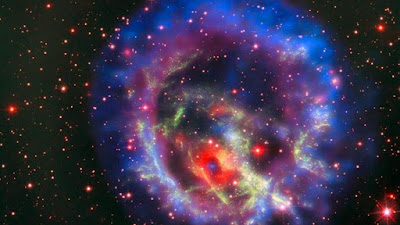 Likelihood of Alien Life on the Milky Way

Physicists at California Institute of Technology have used astronomy and statistical modelling to map the probable existence of life on the Milky Way.  Three Caltech physicists have precisely mapped where and when life is most likely to exist in the Milky Way.  Essentially they modelled the evolution of the Milky Way over time.  They used key factors necessary for the development of intelligent life such as Sun-like stars accompanied by Earth-like planets, time necessary for intelligent life to evolve and the frequency of deadly radiation from supernovas.

The scientists used time and space metrics to measure the  most likely locations for the presence of life.  They found the greatest probability of the existence of life at 13,000 light years from the galaxy center and 8 billion years after the galaxy formed.  To put this in greater perspective, Earth is 25,000 light years from the galactic center and human life appeared on Earth 13.5 billion years after the Milky Way was formed.

The Caltech team says there likely are other intelligent civilizations in space around the 13,000 light year band of the Milky Way.  They think they are younger civilizations than that on Earth because intelligent life has a high probability of eradicating itself over the long term.  They add the Milky Way may contain the remnants of many dead civilizations.