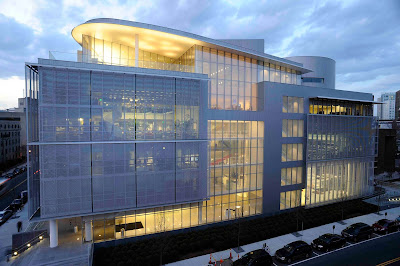 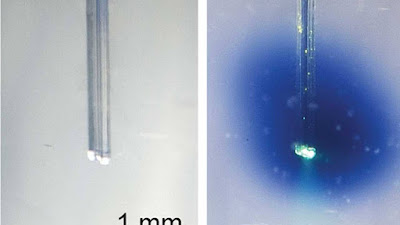 Device Triggered by Flash of Light

MIT scientists are developing a new way to deliver and target drug therapies.  They've invented an implant that delivers both light and light activated pharmaceuticals.  The system allows the drug to remain inactive in the body until it reaches its targeted location.  It becomes active when hit with a flash of light.  The drugs involved are called photoswitchable drugs containing light sensitive molecules that switch on and become active with a flash of light.  The system is designed to target bomb medication to the area needed, such as a tumor, and thereby avoid side effects.

The MIT delivery system is composed of two very thin, side by side fibers that are joined together.  One fiber contains the medication  The other is an optical fiber that delivers a beam of light.  The device is micrometers in width and can be surgically implanted in tissue.  It's been successfully tested in lab mice.  The device continues to be under development.  A paper on this device, which appears to be a breakthrough in medication delivery, has been published in the journal ACS Chemical Neuroscience.