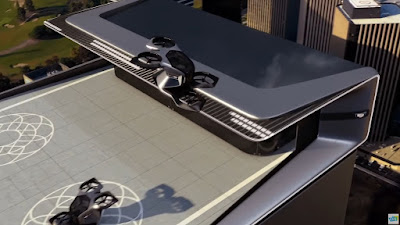 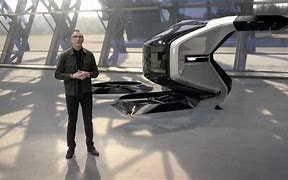 GM surprised the world at CES 2021 by introducing a totally unexpected Cadillac personal flying machine.  It's an electric powered, autonomous e-VTOL.  The vehicle takes off and lands vertically.  It is sleek and futuristic looking.  It is a flying drone that GM calls a flying taxi.  This is not a flying car as it cannot be driven.

GM has invested $27 billion into the development of electric vehicles.  It is utilizing its on-road electric vehicle technologies to go airborne.  The personal flying vehicle is totally powered by batteries.  GM's top of the line Ultium EV battery platform is likely to play a major role in the e-VTOL, which has zero emissions.  The four-rotor aircraft is powered by a 90 kWh electric motor.  It can reach speeds of 56 mph.  At this stage of its development, it is a one-seater and designed for short commutes.

The new e-VTOL concept underscores GM's plans for developing personal air mobility vehicles.  It also demonstrates GM's belief in the potential of e-VTOLs dramatically changing the future of commuting.  FCA Chrysler and Hyundai are also developing their own flying taxis.  Meanwhile, GM says it will release 30 new electric vehicles by 2025.