Jet Packs Growing In Use 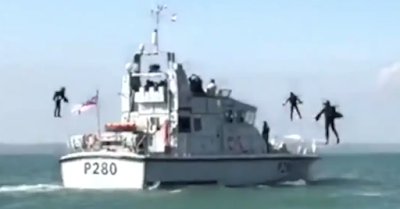 One of the most intriguing forms of new travel and personal air mobility is jetpacks.  A leading player in the field, Gravity Industries of the UK, has successfully developed jetpacks for individual enthusiasts and adventurers.  The company is now working with the British Royal Navy to adapt the jetpacks for military use.  Specifically, to develop new jet pack military assault teams. The US Navy is also working with the UK company to examine the possibilities of using jetpacks for Navy Seals.  Clearly, the utilization of jetpacks is rapidly expanding.

The intent on the part of the British Royal Navy and the US Navy is to determine how this emerging travel technology could make operations safer for the military and provide a significant technological advantage. Gravity Industries is also working with a UK emergency helicopter services group - the Great North Air Ambulance Service.  They are testing jet suits on emergency responders to enable them to fly directly to injured hikers, skiers and mountain climbers to provide emergency care in minutes rather than hours.

Gravity Industries was founded by adventurer, entrepreneur and former British Royal Marine Richard Browning.  The Gravity Industries CEO recently used his five engine jet suit to fly over the pride of the British Navy, the HMS Queen Elizabeth.  Jet packs are another emerging form of personal mobility including for the military and first responders.