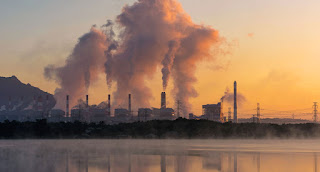 The European Union's Copernicus Earth observation service says that global temperatures in 2019 were the highest on record and tied  2016 for that dubious distinction.  Also, 2010 - 2019 was the hottest decade ever. And, the pattern continues to escalate.  Europe, the Arctic and southern Siberia experienced their hottest year ever in 2020.  All experienced extreme heatwaves and fires.  In the US, the rising temperatures in 2020 caused 22 distinct disasters, including wildfires and hurricanes, resulting in $95 billion in damage.

The scientists at Copernicus are calling for immediate action on greenhouse gas emissions to reduce the amount going into the atmosphere.  The UN sponsored global summit on Climate Change won't happen until November in Glasgow. So the Paris Accords stand in play, which the US has withdrawn from.