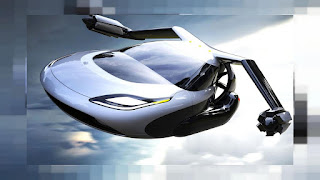 Fascinating news from GM CEO Mary Barra.  GM has an interest in the flying car market.  They're particularly interested in the aerial taxi market. At a RBC conference, CEO Barra said electric flying cars fit in with GM's development of electric vehicles and its Ultium advanced electric battery business.  Barra said the strength and flexibility of GM's Ultium battery systems open doors for GM that include aerial mobility.

GM is specifically interested in building electric, vertical takeoff and landing vehicles or eVTOLs.  These vehicles use electric motors rather than jet engines.  The vehicles take off and land like a helicopter and don't need airport runways.  When regulations permit, eVTOLs will be able to takeoff from driveways.  To quote GM, urban air mobility is an area "we're really excited about and looking into".

At the moment, GM is considering all of its options - whether to build, partner or buy a flying car startup.  One analyst told Reuters GM could make an announcement by early 2021.  Other automakers like VW, Daimler, Toyota, Hyundai and Geely are already in the developing flying car market.  Globally there are 100 flying car startups.