NASA Solicits Private Companies to Mine the Moon 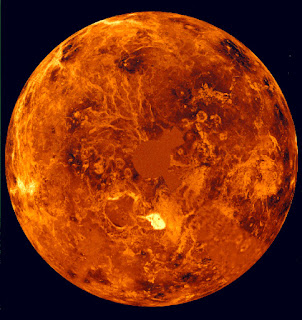 Is This The Rise of Planet Snatching?

The head of the Russian Space Agency Roscosmos, Dmitry Rogozin, claims that Venus is a Russian planet.  His reasoning is that a Russian spacecraft was the first and only spacecraft to do a soft landing there.  He added Russia wants to send its own new mission to Venus in addition to an already proposed joint venture with the United States called "Venera-D".

Rogozin is a a former deputy Prime Minister of Russia.  Several months ago, he accused President Donald Trump of planet snatching as the US started a process of developing international accords to govern mining rights and other commercialization of the Moon and planets.  Last week, NASA began seeking private companies that are part of lunar missions to provide NASA with moon dirt and moon rocks and be paid for it.

The Russian Space Agency leader's claim that Russia owns Venus comes a few days after British and US scientists made a remarkable discovery.  They found phosphine gas in the clouds 39 miles above Venus, which is considered a potential sign of life.  Venus' atmosphere is mostly composed of carbon dioxide and it's considered the hottest planet in the solar system.  Rogozin says that the Russian spacecraft that landed on Venus gathered information about the planet.  According to Rogozin "it is like hell over there".