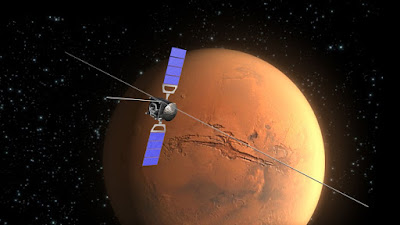 Water Could Mean Some Form of Life Exists on Mars

The new science comes from Europe.  Italian scientists used data from the European Space Agency's Mars Express Spacecraft.  They specifically analyzed data from the Mars Advanced Radar for Subsurface and Ionosphere Sounding instrument (the MARSIS). They determined that the lake is large - 18.6 miles by 12.4 miles.  The scientists says that the subglacial lake could have important consequences for "astrobiology and the presence of habitable niches on Mars". The extra finding of a number of nearby salty ponds added to their exciting discoveries.  These findings have just been documented in the journal Nature Astronomy.