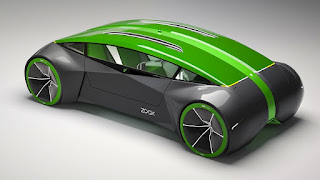 ZOOX On the Road With No Human Drivers

Amazon, the world's largest online retailer, is aggressively expanding and investing in self-driving technology.  And, it just scored a big win in California. Amazon acquired the autonomous car maker ZOOX in June.  ZOOX just was awarded permission by California state authorities a test permit to drive its self-driving cars on the roads without a human, backup driver onboard.  As you can see in the image, the ZOOX is an eye-catching autonomous vehicle.

Next Steps For ZOOX

ZOOX will be testing two self-driving vehicles with no human drivers onboard on designated streets near its Foster City, California headquarters.  Other major players like Google's Alphabet parent company's Waymo, China startup AutoX and Nuno have received similar test permits that they are using to test their vehicles.  Self-driving vehicles with no human backup drivers onboard are a big part of the future of transportation for deliveries and human transit.