Focus - Technology For 2024 Artemis Mission to the Moon 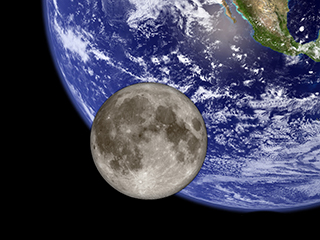 Potential $1 Billion Plus in New Space Business for Italy

The US and Italy have signed an agreement to explore space together.  Specifically, NASA Administrator Jim Bridenstine and Italy's Undersecretary to the Presidency Riccardo Fraccaro have agreed to cooperate on NASA's Artemis mission that will land US astronauts on the Moon.  Other space projects are also covered in the agreement.  According to the CEO of the Italian aerospace and defense group Leonardo, the agreement will generate at least $1.16 billion for the Italian space industry.

NASA's Artemis mission aims to land the first woman and the next man on the lunar surface in 2024.  NASA wants to establish a sustainable presence on the Moon by the end of this decade.  Leonardo CEO Allesandro Profumo says Italy will be making a significant technology contribution by developing habitable surface modules for human explorers and by developing technology for the construction of moon landing systems.

Italy and the Global Space Industry

The NASA agreement is a growth catalyst for the Italian space industry.  The industry employees 8,000 space workers.  Leonardo is the biggest player with 5,000 workers.  Experts valued the global space economy at $434 billion in 2019.