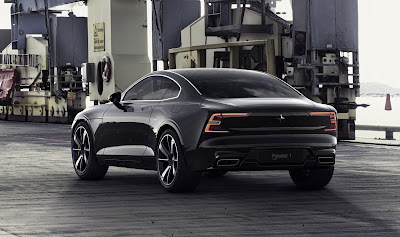 Polestar, the premier EV manufacturer based in Sweden and owned by China's Geely, is expanding its market penetration into Asia and the Middle East and doubling the number of showrooms it has in current markets.  It started producing the Polestar 2 EV sedans in China in 2020 and is selling them in the US, Europe and China.  The 5-door, Polestar 2 electric fastback starts at $59,900.

Polestar 2 has two electric motors, front and rear and gets 275 miles on a single charge.  It goes from 0 to 62 mph in 4.7 seconds and has power of 300 kw/408 hp.  This EV adjusts itself to the owner.  It recognizes their voice via their smartphone and adapts by implementing their favorite home screen apps and preferred seating position.

Polestar is designed to take on Tesla.  CEO Thomas Ingenlath wants to double the number of global markets they are in over the next 18 to 24 months.  He intends to offer a single electric motor Polestar next year which will be more affordable and the company will roll-out a SUV.  The company hopes to sell 50,000 vehicles a year within 2 to 3 years.  Polestar is a unique example of premier, responsive electric vehicles that are part of the future of travel.