4G Network For the Moon Being Built 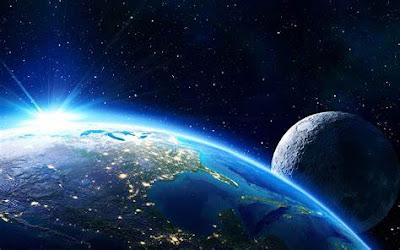 NASA and Nokia's Bell Labs are building a 4G network on the Moon.  Bell Labs has been awarded a $14.1 million contract for the project.  Bell Labs is partnering with spaceflight engineering company Intuitive Machines.  The purpose is to provide US astronauts with a more robust means of communications.

As is happening on Earth, the 4G network on the Moon will be upgraded to 5G over time.  The 4G system is being built to withstand the Moon's radiation, extreme temperatures and space's vacuum.  The astronauts will use the 4G network for data transmission, control of lunar rovers, streaming of high definition videos and for real time navigation of the lunar surface.  Bell Labs will deploy small cell technology, which is much smaller and requires less energy than the traditional cell towers on Earth.

2024 Artemis Mission to the Moon

The establishment of a 4G network on the Moon is for the 2024 Artemis mission.  NASA will launch US astronauts to the Moon in 2024.  The purpose is to search the Moon's South Pole, where there is ice, for any signs of current or ancient life. Of equal importance, NASA wants to establish a permanent base for astronauts to utilize on the Moon for exploration and as an eventual takeoff point for interplanetary missions.