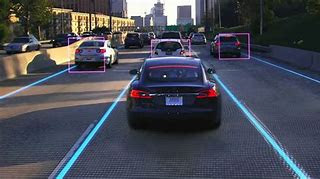 The dream of autonomous driving is getting a lot closer.  Tonight, Tesla is rolling our the beta version of its Full Self-Driving (FSD) system.  In a tweet, Tesla CEO Elon Musk announced the rollout to a few, selected customers. They've received a software update that downloaded automatically into their Tesla vehicle to better steer and accelerate without human intervention.  Musk said the rollout and beta testing will be "extremely slow and cautious".  He didn't say where the self-driving test runs would be taking place.

Musk says Tesla has done a fundamental re-write of the entire Autopilot software system.  He said they are "re-labelling" 3D videos, meaning how the system understands the objects it sees with its eight cameras and how it should react to them.  Musk says the sophistication of the neural network of the car and the overall logic of the car are "improved dramatically".  The FSD system does require a driver to sit behind the wheel and take control of the car if necessary.

The FSD system is considered a giant step toward the future of fully autonomous cars.  Tesla has recently said that hundreds of thousands of its cars will be able to drive themselves as early as this year.  That remains to be seen.  But, should that happen, Tesla would be the first large fleet of autonomous cars owned by individual consumers.