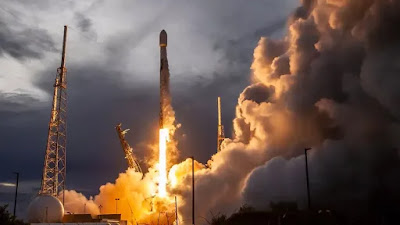 SpaceX has just deployed 60 more Starlink satellites into orbit.  SpaceX founder and CEO Elon Musk tweeted, when the satellites reach their targeted points, SpaceX will be able to roll out a fairly wide, public beta test in the northern United States and possibly in southern Canada.  And, he says, as soon as SpaceX receives regulatory approvals from more nations, he will roll the system into other countries.  Musk's space system is designed to deliver inexpensive internet services globally.

This is the 13th Starlink low-earth orbit satellite launch so far.  SpaceX plans on dozens more as it grows its broadband mega-satellite constellation into thousands of small satellites.  The promise is for much less expensive internet availability on a global basis.  That is Musk's vision and goal.

The Starlink satellites rode aboard the same Falcon 9 rocket that NASA astronauts Doug Hurley and Bob Behnken took to the ISS in May.  The same rocket has launched and landed six times. Musk wants to do 48 launches in 2021.  Thus far, his only real obstacle has been the tricky Florida weather.