Reopens to the Public in Phoenix After COVID 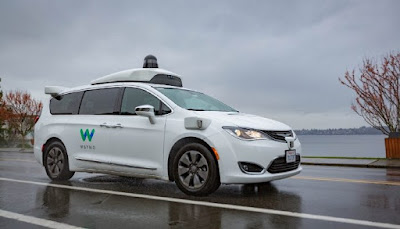 Waymo's autonomous, robo taxi ride hailing service is open to the public in Phoenix.  The company has put years of autonomous driving research on the line to operate Waymo as a revenue producing business.  Waymo has a serious tech pedigree.  It is a business unit of Google's parent company Alphabet.

Driving Plans With No Human Attendants

Today, Waymo driverless minivans with no human attendants on board resumed operations for members of Waymo One service in Phoenix. In the spring, operations were suspended because of the COVID pandemic.  Now, within a few weeks, there will be open access for anyone who downloads the smartphone app and wants to hail a Waymo ride within a 50 square mile radius of Phoenix.  Next step will be to offer the service within a 100 square mile area of Phoenix.  The company has hopes of expanding operations beyond the Phoenix market into places like California.

COVID had a chilling effect on the robo taxi industry bringing demand to a standstill.  Waymo was doing 1000 to 2000 rides per week in Phoenix before COVID hit.  COVID forced a suspension of operations.  But now Waymo is rebooting the operation with plenty of cash.  It has raised $3 billion in funding largely from outside investors.  Waymo robo taxis now being deployed will be remotely monitored and customers will be asked to keep their face masks on.  The robo taxis are also being thoroughly sanitized.

As the robo taxi industry starts ramping up again, there is plenty of competition.  Experts say that Waymo's decision to go with no human attendants onboard will give it a cost-saving, competitive edge.  But lurking in a nearby lane, is the autonomous car/taxi maker Zoox that was just bought by Amazon.  And, of course, Uber keeps moving in the fast lane.